By Liana Falconer on August 17, 2015 in Chauffeur Tours Ireland 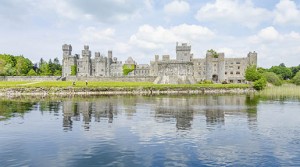 Ashford Castle, in Cong, County Mayo, was awarded the title of the 2015 Hotel of the Year by Virtuoso, at the 27th annual Virtuoso Travel Week conference, in Vegas. Located on the shores of Lough Corrib, the recently restored castle was crowned the best hotel in the world by a network composed of 9,000 experts from around the world.

The castle was bought by the Tollman family, who own the Red Carnation Hotel Group. The company renovated the historic property and reopened the doors in April 2015 after a two-year, $74.7 million restoration project.