By admin on October 1, 2018 in Luxury Private Chauffeur Tours

The movie “Black 47” is making quite an impression. The title is a reference to 1847, the worst year of the famine that saw a million people die and some two million uprooted. In this post I’ll give my Black 47 review, my thoughts and impressions on this famine era, western styled film.

It is referred to the Irish press as a potato-western. And it has definitely the feeling of a western to it.

It’s 1847 and Ireland is in the grip of the Great Famine that has ravaged the country for two long years. Feeney, a hardened Irish Ranger who has been fighting for the British Army abroad, abandons his post to return home and re-unite with his estranged family. He’s seen more than his share of horrors but nothing prepares him for the famine’s hopeless destruction of his homeland. 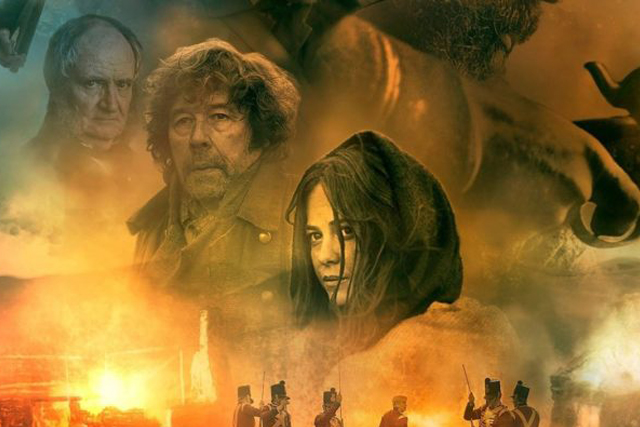 The movie is well worth watching. Why a Black 47 review on this website? Although the movie is very grim, the setting remains beautiful.

I decided to write a Black 47 review having gone to see it recently as I felt that it is a subject and a time in Irish history that every Irish person, whether still living in Ireland or of Irish heritage should reflect upon.

The incredible power of the film comes from its brave decision to set it against the backdrop of the Famine. Incredibly there is no other film made examining that topic.

The movie will give every Irish American an insight into where their history begins, on coffin ships in Black ’47, the worst year of the famine, as a million fled to America.

It is a must-see movie for those who value their heritage and history. In that dreadful genocide was the seed of the Irish nation that would spread worldwide. By exacting such a price on starving people the British unwittingly ensured their survival as a worldwide diaspora. That is the ultimate irony.

As a very proud Irish woman myself, I was deeply moved by the film and wanted to ensure that my clients and any future clients of mine, many of whom will have some Irish connection and even those that don’t would see the film in order to understand what makes Ireland and its people so special.