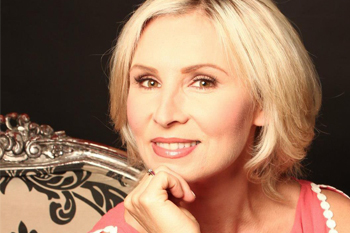 Liana is my name and I come from Ireland’s oldest city, Waterford, Ireland. My family are the oldest and longest established limousine company in Ireland.

Travel is in my blood and for me your experience in Ireland is deeply personal because this is my company and I am both your tour designer and travel specialist.

My background in the travel industry is extensive with much of the earlier part of my carrier spent as an executive flight attendant on private jets for the Saudi Royal family as well as for many other important dignitaries. Attention to detail and the highest level of service comes naturally.

What sets the service that I offer apart from all the other Irish tour operators is that I work with each client exclusively.

Each tour is carefully customised by me personally with my clients, spending time getting to know them, their specific interests and then tailor making an experience to meet and hopefully exceed all their expectations. 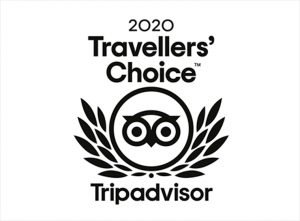 Here are some reasons why I feel customising your own tour of Ireland using all of my expertise is the only way to enjoy Ireland, our culture, food, music, history, allowing me at All Ireland chauffeur tours to look after every small detail of your tour of Ireland from the moment you land in Ireland until the moment you bid us farewell.

All of my clients tell me that what set All Ireland Chauffeur tours apart from all the other companies they had reviewed and enquired with was that I always responded immediately.

If they had a query, they could simply pick up the phone and there was one number, Liana’s number. There was one person, who instantly knew all about them, their tour, their expectations, their plans.

When I work with a client, I want them to feel as though they are the only one I am customising a private visit to Ireland with.

It is not simply a tour of Ireland. I want my clients to experience but an experience of a lifetime.

If you like the idea of planning your once in a lifetime tour, personally speaking to and getting to know each other, then I would be delighted to call you at a time that is convenient and take you through some of the steps towards ensuring that your customised private tour of Ireland is in good hands and that the care and attention to detail and your experience is very personal to me.

Donegal and the area north of a line between Galway and Dublin is geographically part of the north American continent that drifted in ancient times.

Between Donegal and Mayo lies Sligo Bay (near Coney Island). Achill Island sight of among the highest cliffs in Europe, where after five glasses of Irish whiskey (the world’s oldest and best) Ellis Island and the Statue of Liberty emerge from the Atlantic mist. 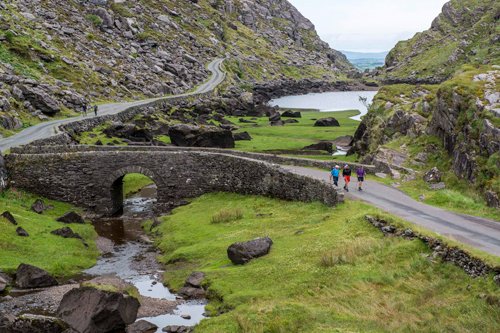 The Kingdom of Kerry, where people are so laid back, they often fall over, this is the land of the “Cute Whore”, an expression used by the Kerry folk to describe a devious character and has absolutely no connection with an attractive hooker!

The Unesco world heritage site of Skellig Michael, a 6th century monastic settlement, situated on the top of undersea mountains, 16 miles off shore, the very edge of Europe. 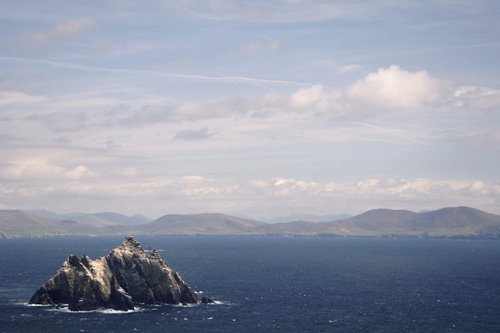 Nearby on the ring of Kerry has been designated the clearest skies in the northern hemisphere, where the constellations shine brilliantly from pristine unpolluted skies.

Eastwards along the coast of west Cork which is inundated with tiny hidden beaches and headlands beautifully interspersed with picturesque villages we head for Kinsale, one of Ireland’s gourmet capitals.

After the Jameson distillery and the historical seaside village of Ardmore where Saint Declan , who first brought Christianity to Ireland, is buried lies the magnificent Lismore and its Castle.

The Irish seat of the Duke of Devonshire, in the early 60’s James Falconer Junior drove Fred Astaire, whose sister Edel was married to the brother of the Duke.

Hook in Co Wexford, The Greek geographer Ptolemy, who visited Ireland in the 3rd century A.D. recorded a brazier/beacon on the hook making it the oldest lighthouse site in western Europe. Hook is where the Atlantic ocean collides with the Irish sea, making it the definite beginning and end of The Wild Atlantic Way. This Introduction is in the words of my most senior Chauffeur and historian, Mr James Falconer, who also happens to be my beloved Father and a true patriot of all things Irish.

This is an example of a popular route taken by my clients when they wish to tour Ireland’s Wild Atlantic way. Naturally it can be customised in any way you wish, perhaps starting in Ireland’s Capital, Dublin and ending in Shannon the west of Ireland.

The Wild. Atlantic way, may be one of my most popular tours along with the 5 star tour of Ireland, which excludes the North of Ireland however I believe each and every tour I customise is unique.

I offer the facility whereby you can research your Irish heritage and work with an expert on Irish family history on a one to one basis.

Many of my clients love the idea of not just visiting a castles in Ireland but including a night’s stay in one of the many exclusive 5 star castles, Manors and Demesnes throughout our Island.

From Ashford castle to Ballynahinch castle to Dromoland castle, Ballyfin Demesne, Adare Manor to mention but a few of the outstanding world class experiences I can customise for you. 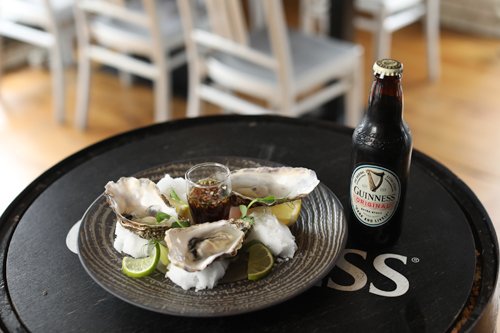 If you have come to Ireland and want to incorporate the very best restaurants and Irish gastro pubs, then I would be delighted to plan your entire gourmet tour to include some of the best dining experiences you will have anywhere is Europe and beyond.

Ireland is renowned for its artisan cheeses, breads, chocolate, fish smoke houses, not to mention its distillery’s, craft beers and Irish creams. I can include guided tours of all or customise your tour to include what specifically interests you.

If you like to hike, (both my partner and I are well seasoned) then I have prepared some of the very best hikes there are in Ireland and they can be incorporated into each location if you so wish.

On this tour I customise a private tour of Ireland that incorporates a luxurious train experience from Dublin to Belfast , ending in the medieval town of Kilkenny.