By Liana Falconer on April 24, 2015 in Chauffeur Tours Ireland 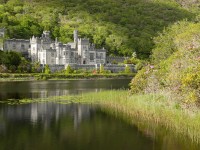 As part of my familiarisation adventures of our island , my partner and I travelled to Connemara to find the very best hotels, restaurants and sites to explore and visit, so that I know exactly what to recommend to my clients. As I am a complete romantic I was fascinated  with Kylemore Abbey and the love story of Mitchell and Margaret Henry. The Castle was built by Mitchell and Margaret Henry from 1867 to 1871. Before the arrival of the Henry’s, Connemara was a popular destination for hunting and fishing and Mitchell Henry became one of the growing number of Irish and English gentlemen who visited Connemara during the fishing season. 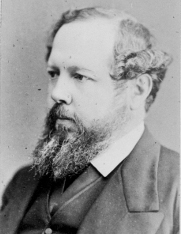 Mitchell Henry Tradition has it that the couple visited Connemara while on their honeymoon and were enchanted by the beauty of the landscape. It was the couple’s wish someday to own a home there and it is said that during those visits, the Henry’s rented Kylemore Lodge, the original building on the site where they later built Kylemore Castle. On the death of his father, a Manchester cotton merchant, and on receipt of a sizeable inheritance, Mitchell chose to abandon his career in medicine and turned to business and politics. He used the money to buy Kylemore Lodge and construct the magnificent Castle, complete with gardens, walks and woodlands which eventually covered 13,000 acres of land at a cost of little over £18,000. The Kylemore Estate, like the rest of Connemara, was made up of mountain, lakes and bog. In keeping with his policy of improvement and advancement, Henry began reclaiming bogland almost immediately and encouraged his tenants to do likewise. Forty years under the guiding hand of Mitchell Henry, turned thousands of acres of waste land into the productive Kylemore Estate. He developed the Kylemore Estate as a commercial and political experiment and the result brought material and social benefits to the entire region and left a lasting impression on the landscape and on the memory of the local people. Mitchell Henry introduced many improvements for the locals who were recovering from the Great Irish Famine, providing work, shelter and later a school for his workers children. He represented Galway in the House of Commons for 14 years and whilst tragedy struck with the sudden death of his wife in 1874 and later his daughter. Mitchell Henry gave the tenants at Kylemore a landlord hard to be equalled not just in Connemara but throughout Ireland

The property was heavily mortgaged and on the death of Eugene Zimmerman in 1914, the Castle was taken over by Ernest Fawke, a London banker, who installed a caretaker and land agent until a buyer was found 7 years later.

In 1920, The Irish Benedictine Nuns purchased Kylemore Castle along with 10,000 acres for a little over £45,000. Some of the lands were later purchased by the Land Commission and divided out among the tenants, and the Castle was converted into an Abbey. At Kylemore, the nuns opened an international boarding school and established a day school for local girls. They also ran a farm and guesthouse; the guesthouse was closed after a devastating fire in 1959. Although the guest house was never reopened, the romantic setting of Kylemore Abbey has continued to attract visitors to its door. Over the years, the Nuns graciously opened the estate to the education and enjoyment of all who visit, developing excellent facilities as well as restoring and conserving the many historical features. 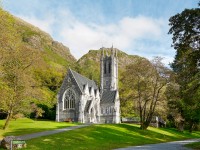