By Liana Falconer on March 5, 2016 in Luxury Private Chauffeur Tours

Westport, just next to Clew Bay, is one of the few planned towns in the country. An estate town, it was built to the plan of James Wyatt, an architect during the Georgian period. The Mall, one of the main streets in the town, an elegant tree lined street, is testament to this. 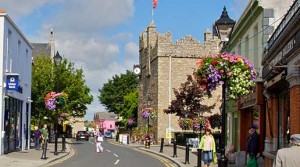 The medieval town of Dalkey is just 20 minutes from Dublin city center on the DART (above ground train along the coast). Dalkey Castle includes a 14th century fortified town house, a 10th century church and graveyard, along with a heritage museum, and vibrant writers and art gallery. 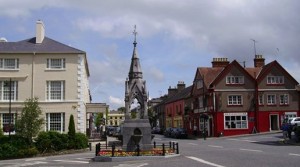 During the 7th century, Lismore was the site of Lismore Abbey. It is also know for Lismore Castle which was the birth place of “The Father of Chemistry” Robert Boyle, who found Boyle’s Law. During the 19th century, the Book of Lismore and the Lismore Crozier (now in the National Museum of Ireland) were discovered.

Kells, in Gaelic (Irish) means Great Fort. The town was a royal residence before St. Colmcille established a religious settlement in Kells in 550. It is considered by some to be the most important monastic site in Ireland. Uniquely, Kells has been a living town for thousands of years and remains a vibrant and lively place to visit. 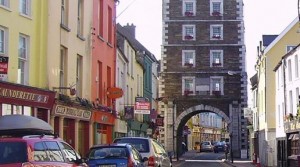 The past meets present at the mouth of the River Blackwater where Youghal is at once a prime example of a Norman walled port town and a modern seaside resort.

A walking tour of the town will allow you to walk in the footsteps of Sir Walter Raleigh, Edmund Spenser, and Sir Richard Boyle, among many more famous historical figures. You will also pass the 18th century clock tower, Victorian shop fronts, and 13th and 16th century dwellings. 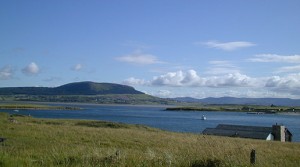 The Rosses Point, in the area famously known as “Yeats’ County”, guards Sligo Town’s harbor and is marked by the Metal Man lighthouse, built in 1821 by local seafarers.

North of Rosses Point, marine archaeologists have recently uncovered a wreck of the Spanish Armada which was storm-driven upon this coast in September 1588.

The poet William Butler Yeats and his brother, the artist Jack Butler Yeats, spent their summer holidays at Elsinore House, in Rosses Point.

Elsinore Lodge was the seat of the Middleton Family where the Yeats brothers spent many a summer with their cousins. The house was built by the pirate captain John Black or Black Jack, and it is still said to be haunted by him (he supposedly knocks at the window pane three times, which should prove quite difficult at this stage). The house has fallen into disrepair, and even though plans to restore it emerge in the press every now and then, nothing has been done so far.

Located just south east of Cork City, Cobh derives much of its colorful history from its port and proximity to the sea.

During the Great Famine, millions of Irish people left Ireland from Cobh, traveling to their new life in America and Canada. It was also the last port of call for the Titanic, one hundred years ago, before the Belfast built ship met its tragic end. 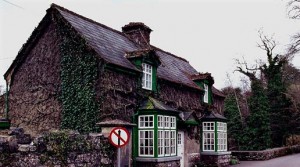 The village of Cong (which means “Saint Feichin’s narrows” in Gaelic / Irish) is situated on an island surrounded by a number of streams on all sides. The village was once home to Sir William Wilde, historian and father of the playwright, novelist, poet, and short story writer, Oscar Wilde.

Cong is home to Ashford Castle, one of Ireland’s finest hotels, converted from a Victorian faux lakeside castle, built by the Guinness family. The village also boasts of a fine example of a ruined medieval abbey, Cong Abbey, where Rory O’Connor, the last High King of Ireland, is buried.

The town has much more historical lore to be explored but it is probabley most famous, in contemporary times, as the location where Maureen O’Dowd & John Wayne’s “The Quiet Man” was filmed.